Isolation of edwardsiella-specific bacteriophages from fish

HomePROTOCOL, STUDENT'S PERSPECTIVEIsolation of edwardsiella-specific bacteriophages from fish
Aquaculture, the culture of all types of aquatic animals and plants in fresh, back rush, and marine water environments, is one of the fastest-growing food-producing sectors. This industry frequently suffers heavy losses due to diseases caused by pathogens such as multi-drug resistant bacteria, which are easily transmitted through water and thus capable of infecting a variety of animal and plant species. Edwardsiella species, gram-negative facultative aerobic rod-shaped Enterobacteriaceae, are among the infectious aquaculture pathogens that attack fish. Edwardsiella tarda and Edwardsiella ictulari have been linked to the development of Edwardsiella septicemia (also known as ES, edwardsiellosis, emphysematous putrefactive disease of catfish, fish gangrene, and red disease) in channel catfish, eels, and flounder, as well as Enteric septicemia of catfish. 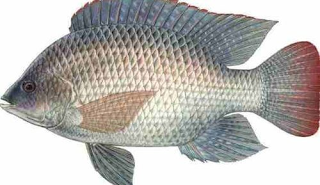 Edwardsiella tarda has also been linked to zoo infections in a variety of animals. It is a zoonotic disease that can infect a wide range of animals beyond fish, including amphibians, reptiles, and mammals. This bacteria is found in pond water, mud, and the intestines of fish and other marine animals, as well as freshwater species. On the other hand, Edwardsiella ictaluri, the causative agent of enteric septicemia in catfish (ESC), is one of the most common fish pathogens affecting farm-raised channel catfish.
Antibiotics have traditionally been used to control bacterial disease in aquaculture farms and hatcheries. However, the indiscriminate use of antibiotics in aquaculture has resulted in the emergence and spread of antibiotic-resistant bacteria, rendering the culture system ineffective. Another major source of concern is the presence of antibiotic residues in aquatic products, which has resulted in decreased consumption. Aquaculture farmers have also been slow to adopt control and preventive measures due to the high cost and marginal effectiveness of mediated feeds.

Bacteriophages, for example, provide an alternative mechanism for controlling bacterial diseases in aquaculture. Phage therapy typically entails isolating a variety of bacteriophages specific to a bacterial pathogen that can then be combined as a bacteriophage “cocktail.” Because phages can exhibit strong host specificity, express efficient systems for host cell lysis, and spread rapidly in an aquatic medium, there is growing interest in their use to control fish pathogens in the aquaculture industry. Phage therapy is also unrelated to residues found in aquatic products, which are abundant in nature.

The procedure of isolating bacteriophages from fish gastrointestinal tract samples;

Spot assay procedure to detect bacteriophages from a lysate

Spot assay is done for the detection of Edwardsiella-specific bacteriophages in the filtered samples.

Possible application of the Isolated Bacteriophages

Bacteriophages are natural enemies of several bacterial pathogens; therefore, they will provide an alternatively safe, non-toxic, abundant in nature, eco-friendly, and scientifically demonstrable method of controlling and preventing infections in aquaculture.

One Reply to “Isolation of edwardsiella-specific bacteriophages from fish”