Is phage technology going to help Africa overcome the burden of antimicrobial resistance?

Antimicrobial resistance (AMR) is a major threat to public health globally. Published investigations have estimated the impact of AMR on pathogen-drug combinations on incidence, mortality, hospitalization, and healthcare costs in specific locations. According to a study published in the Lancet journal, antibiotic-resistant bacterial infections were responsible for nearly 1.3 million deaths worldwide in 2019. Africa was discovered to have the highest AMR infection mortality rate in the entire world, with 24 deaths per 100,000 individuals attributable to AMR.

Given that AMR disproportionately affects low- and middle-income countries, it is critical to scale up and strengthen the diagnostic infrastructure to ensure proper infection diagnosis. Simultaneously, it is critical to maintaining investment in the development pipeline for new antibiotics, as well as access to second-line antibiotics in most parts of Africa. Antibiotic alternative therapies, such as phage, can also aid in the elimination of superbugs, particularly where standard therapy has failed

Bacteriophage technology (phage therapy) has been evolving for many years around the world, but it cannot be compared to chemical drug technology. Chemical drugs were thought to be a highly effective weapon against bacterial pathogens until the twentieth and twenty-first centuries, when antibiotic resistance skyrocketed. The World Health Organization (WHO) declared that Antibiotics are in short supply, and even new drugs in development could not solve the superbug problem, requiring a more effective alternative. Some organizations, including the National Institutes of Health (NIH), have already shifted their focus to bacteriophages as a promising alternative. 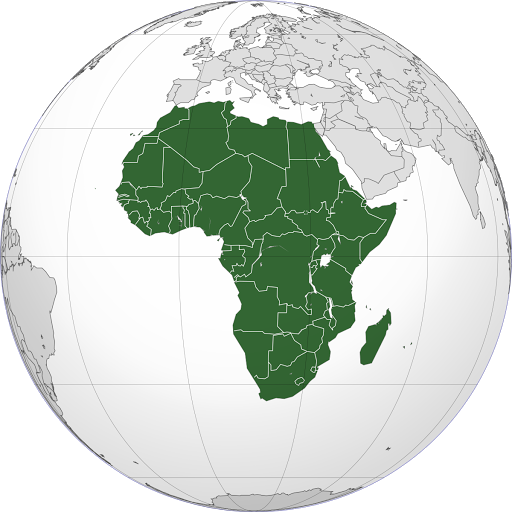 The role of Africa in the advancement of phage technology

Rather than being an isolated continent where emerging technologies take decades to emerge, African scientists are working hard to introduce phage technology as a promising alternative to antimicrobial resistance. As a result, more scientific research on bacteriophages is being conducted in Africa, including in veterinary medicine, animal production, sanitation, human medicine, and even crop production.

With the additional assistance of other partners from outside the continent, such as the Phage directory and Phage for global health, African phage scientists established various national and intercontinental platforms to nurture, support, and communicate with one another. The mission of the African Phage Forum (APF) is to provide a forum for researchers to encourage scholarship, collaboration, and mentoring while also advancing phage research in Africa. Members of the forum represent a diverse range of academic disciplines (undergraduates, postgraduates, and established researchers).

Scientists have joined forces to form multidisciplinary teams that can help them achieve their common goal of providing the world with a solution to antibiotic resistance. Examples of successful teams are the Ibadan phage research team from the University of Ibadan in Nigeria, and the Phage Team Uganda from Uganda, which contains many sub-teams. Phage researchers in Uganda work under the auspices of PhageTeam Uganda, which was established in 2017. Members are spread across the country at major institutions including Makerere University, Kampala International University, Kyambogo University, Clarke International University, and the National Agricultural Research Organisation’s Kawanda Agriculture Research Institute. Similar groups are in many other African countries such as Kenya, South Africa, the United Republic of Tanzania, and Egypt to mention a few.

Members of the forum have successfully secured funds from a variety of sources, including the African Union, the governments of their respective countries, educational institutions, and the World Bank through the African Centre of Excellence in Materials, Product Development, and Nanotechnology (ACE-MAPRONANO), to name a few. Researchers collaborated on projects with a diverse range of stakeholders, including farmers, policymakers, legislators, science Professors, Academia, media personnel, investors, and scientific researchers, all of whom have similar perspectives on the use of natural enemies of bacteria to improve health, food, nutrition, and economic security, mainly through aquaculture.

Significant advances in this technology have been made in Africa; however, good is not good enough; scientists in Africa are hoping that their sweat will result in the authorities legalizing their products for treatment. African scientists have published a number of bacteriophage-related studies. This indicates that, as the number of these particles increases, public awareness of them grows. International, national, and institutional funders are also stepping forward to help African scientists spearhead this revolutionary idea.

2 Replies to “Is phage technology going to help Africa overcome the burden of antimicrobial resistance?”