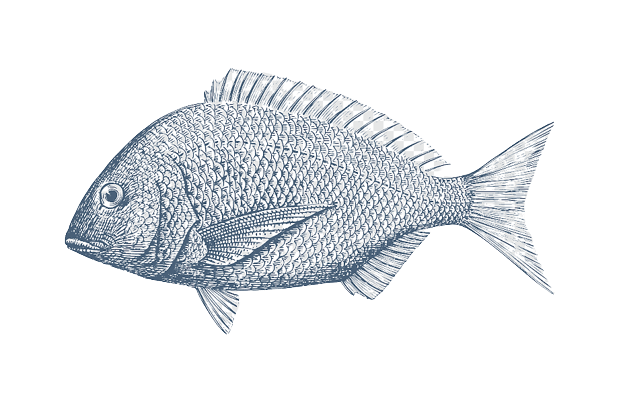 Fish plays a vital role in the human diet, and consumption per capita is increasing; however, the expansion of industry and agriculture causes contamination of the natural and man-made aquatic environment, which affects the health of organisms, raising safety concerns about its use for human consumption. Consumption of fish products, particularly raw or undercooked fish, is frequently linked to human diseases. As a result, it is critical to research these pathogens in order to ensure the safety of fish. The presence of various bacterial species in fish, including those pathogenic to humans, has been linked to direct contact with contaminated water or feed. Pseudomonas species are bacterial pathogens that infect fish.

Pseudomonas species are Gram-negative, aerobic bacilli measuring 0.5 to 0.8, μm by 1.5 to 3.0 μm. Motility is by a single polar flagellum. Species are distinguished by biochemical and DNA hybridization tests and they belong to the family Pseudomonadaceae and which includes four genera: Frateuria, Pseudomonas, Xanthomonas, and Zoogloea. Bacteria colonization can be observed on fish skin and gills.
Misuse of antibiotics as prophylactic agents in disease prevention is common and contributes to the development of antibiotic resistance Alternatives to antibiotics such as antibacterial vaccines, bacteriophage, and their lysins, have been applied to curtail the increasing emergence of antibiotic-resistant bacteria due to the imprudent application of antibiotics in aquaculture
Bacteriophages (phages), viruses infecting bacterial species, demonstrate clear antimicrobial activity against an array of resistant species, with high levels of specificity and potency. These are viral species that specifically infect bacteria by injecting their genetic material into the host bacterial cell. They are ubiquitous in aquatic and terrestrial ecosystems and in the microbiome of animal species. In fish, phages are present on skin surfaces and intestines, where they act as a natural predator to the bacterial microbiome.

Bacteriophages are viruses that infect and utilize bacteria as their host. They can reside in the bacterial genome as a prophage, or enter the lytic phase, take over the bacterial gene expression machinery, synthesize new phage particles, lyse the host, and release up to hundreds of phage progeny. Lysis occurs during the late phase of the lytic cycle when the phage endolysin and a holin molecule are produced. The holin creates holes in the cell’s lipid bilayer allowing the phage endolysin (peptidoglycan hydrolase) to escape and degrade the structural portion of the cell wall. These (and other phage-encoded proteins) have been shown to inhibit bacterial growth. The ability to inhibit growth or kill bacteria makes both the bacteriophage and their gene products a rich source of potential antimicrobials. 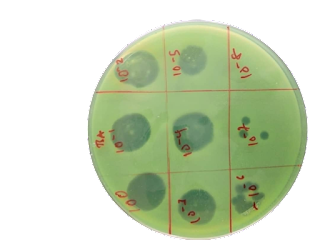