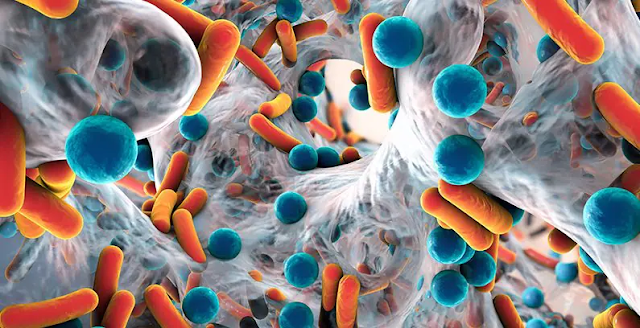 The study of the pathogenesis of diseases caused by harmful bacteria aids in the development of knowledge on how to battle these microbes. Bacteria are prokaryotic microorganisms that cause disease in humans and animals. Some of these bacteria are part of the organism’s microflora and play important roles in the well-being of their host organisms; a good example of this symbiosis is non-pathogenic Escherichia coli, which aids in sugar digestion in mammals’ guts. In some cases, when these microbes grow uncontrollably or penetrate the barrier, they cause diseases. Staphylococcus aureus, Staphylococcus epidermidis, and Escherichia coli, among much other normal flora, have been linked to diseases in their host.

These bacteria exist in two states: planktonic (not attached to any surfaces) and adherent (attached to surfaces/substances). Both of these bacteria exhibit different patterns that lead to the production of a slime layer of extracellular polymeric substances (EPS), which consists of long-chain sugars, eDNA, and other macromolecules. When the slime layer and cells combine, they form a biofilm. Biofilms protect bacteria from harsh environments such as high temperatures, high pH, and antibiotic medium. Gram-negative and gram-positive bacteria can both produce biofilms, which aid in antibiotic resistance. The most studied forms include biofilms produced by Enterococcus faecalis, Staphylococcus aureus, Staphylococcus epirdemidis, Streptococcus viridans, E. coli, Klebsiella pneumoniae, and Pseudomonas aeuriginosa (Learn how to isolate Pseudomonas phages from fish GIT by clicking here). Most nosocomial and hospital-acquired infections are associated with these bacteria, which raises a health concern due to their ability to resist antibiotics due to their ability to form biofilms. 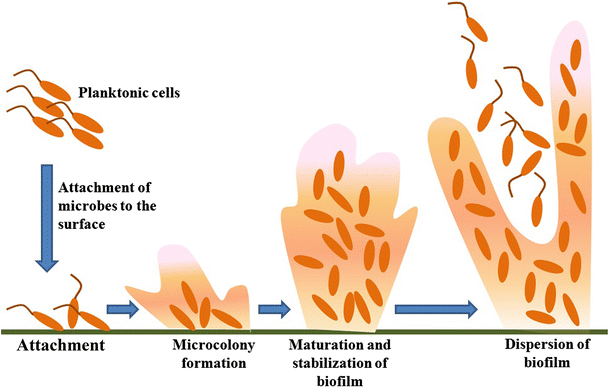 What is the alternative to biofilms-caused infection?

The use of lytic bacteriophages (phages) remains one of the options for combating biofilm-associated infections. These viruses that feed/eat bacteria have proven to be an effective way to treat biofilm-related infections. Various options have been used in action, such as using phage only or phage with a supplement, such as an enzyme that can aid in the digestion of the biofilm matrix or drugs that have undergone a synergistic effect test in the laboratory with the specific phage to be used. Just keep in mind that these viruses cannot infect human or animal cells, so they are deemed safe for use once thoroughly characterized.

What is the advantage of using phages to treat biofilms-caused infection?

Bacteriophages co-exist with their hosts, prompting them to develop mechanisms for feeding on the bacteria in biofilms. This includes activating the host to produce enzymes that cause the biofilm matrix to degrade. This allows them to attach and replicate their nucleic acids within their host cells before lysing them.
Lytic bacteriophages can infect persister cells within the biofilm, where they remain inactive until the persister cell becomes metabolically active, at which point they lyse the cells. They are smaller than their bacterial hosts, allowing them to penetrate biofilms more quickly and easily, inducing their effect on bacterial cells.

Bacteriophages’ ability to degrade the biofilm matrix can aid in the fight against these biofilm-producing bacteria infections. Phages, as bacteria’s natural enemies, are highly adapted to destruct biofilms via a variety of mechanisms, including breaking down the extracellular matrix, penetrating the biofilm, and infecting the bacteria. One of these mechanisms is the stimulation of a host bacterium to produce EPS-degrading enzymes. Next Story
why a bacteriophage cannot infect a human

3 Replies to “Are bacterial biofilms susceptible to bacteriophage attack?”